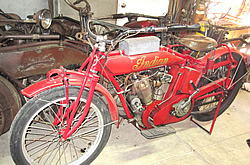 The date was set and the route selected. The pre 1916 Motorcycle Cannonball Endurance Run would roar out of Kitty Hawk, North Carolina on September 10, 2010 and coast into Santa Monica, California some two weeks and 3,294 miles later on September 26, 2010. I was fortunate enough to have a spot on the list and a 1915 Indian twin I purchased in 1985 from Bill Brownel.


Starting line waiting, all participants lined up for a photo opportunity and last minute checks and repairs. I was a bit apprehensive as my crew and I had been working all night fine tuning and getting all the details perfected but we were still having issues, even with a brand new overhaul on the engine. But – off we all went across the country, each rider leaving the starting line with high hopes!! The adventure began!!

Leaving Kitty Hawk behind, I motored along getting the feel of the road, the weather, the excitement of riding on the old bike again and enjoying the scenic roads. Unfortunately, after 70 miles, my new engine had catastrophic failure and my day ended early with my bike loaded on the rescue motorcycle side car. Other riders had issues too – but the first day was still a fantastic experience and showed that there would be lots more work and long nights ahead.

Every day became a pattern of hotel continental breakfasts (hope I never see those again), ready the bike, check and recheck, crews get on the road, starting line, ride, ride, lunch, ride, ride, finish line, display the bikes plus mix and mingle with the hosting dealership or club, eat some dinner, repair, repair, help others repair at a dealership or hotel parking lot at night, get little sleep – start over. Our motto became: “Wrench, Ride, Repeat”!

With major problems starting on the first day, I was feeling the daily/hourly pressure to keep my bike on the road. My team got the Indian to perform intermittently during the first 5 days but Day 6 arrived with another breakdown. I needed a machine shop desperately and met Jamie Payne in Mississippi during the latest breakdown. He provided an awesome shop where we worked throughout the evening. Jamie overhauled the 1915 engine with great expertise and we were able to trailer the Indian to the next city to start fresh the next morning.

Half way across the country, Arkansas rest day was very welcome and I felt ready to get back on road for the second half of the trip. The new engine was working well after the overhaul in MS and I had some full days on the road FINALLY!  Appreciating the rides through AR, OK, TX, NM landscapes were highlights on the trip!   Until the next crisis!!!!!!!!!!!!!!!!!!!!

Albuquerque, NM was the next hurdle – the head broke in 3 pieces. Borrowing the part from another rider that had a dead engine, the team worked to replace the broken head. Testing the bike out that night in a dark Target store parking lot, I ran into a curb in the middle of the lot and bent up the poor Indian making the fix that night even longer.   But, I was back riding the next morning while Ron, my Indian buddy that lent me the part, trailered his bike to Arizona to keep working on it with hopes of getting back into the race. I also got on my phone and found another head to be delivered the last stop in Victorville, California.

Riding safely into Victorville, CA for the final night, the replacement head had arrived, so we changed the part, gave the borrowed head back to Ron and he proceeded to wrench all night on his Indian so he could ride the last day. Thanks Ron for the loaner!

The final day – we got on the road early Sunday morning to avoid traffic going into Santa Monica and 150 lights that lay ahead. We would all meet just outside the entry to the Pier and drive the final leg together as a group. Waiting for each rider to arrive at the staging location, there were great stories being exchanged, excitement for every arriving motorcycle and relief that all arrived safely to share in the finale.

As we drove onto the Santa Monica Pier, a wonderful crowd was there to greet us. There were so many success stories, comaraderie, new friendships, stories of close calls and laughs to share with family, friends and anyone willing to listen.

Buy Off E-bay at Reduced Prices! 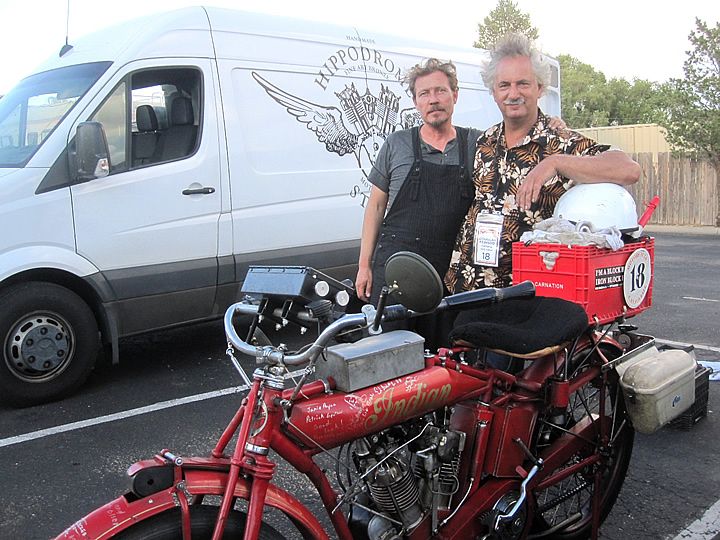 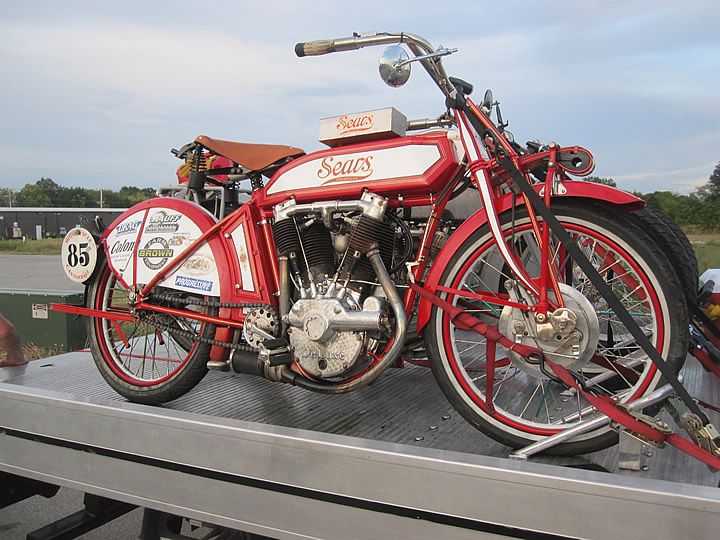 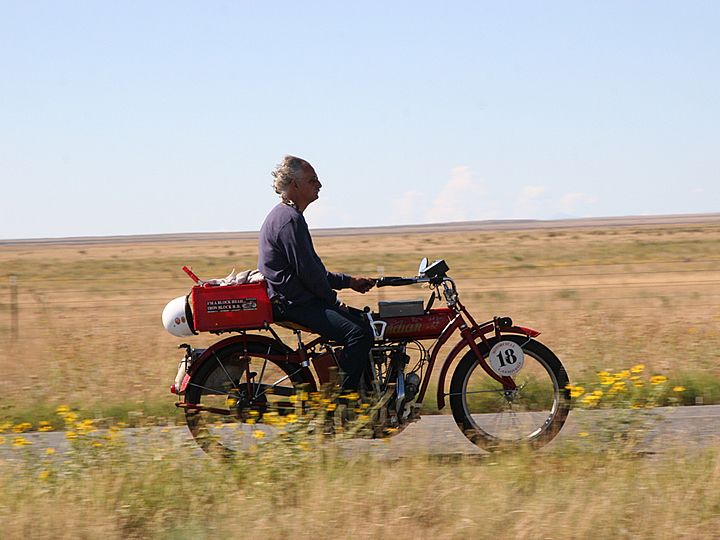 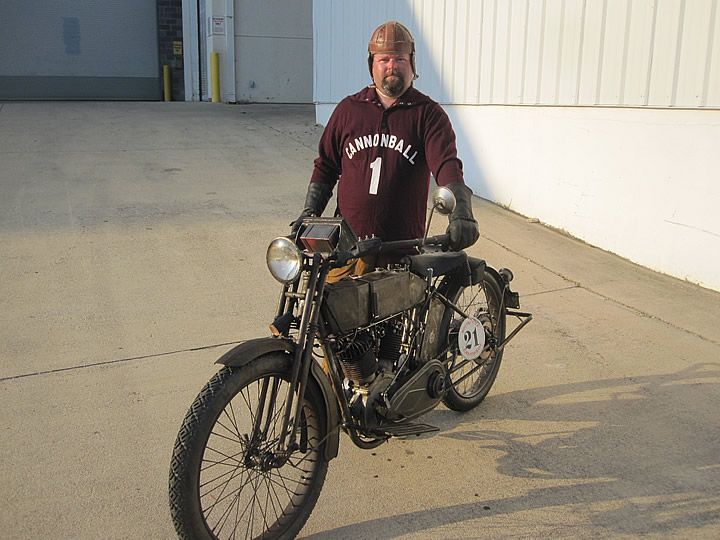 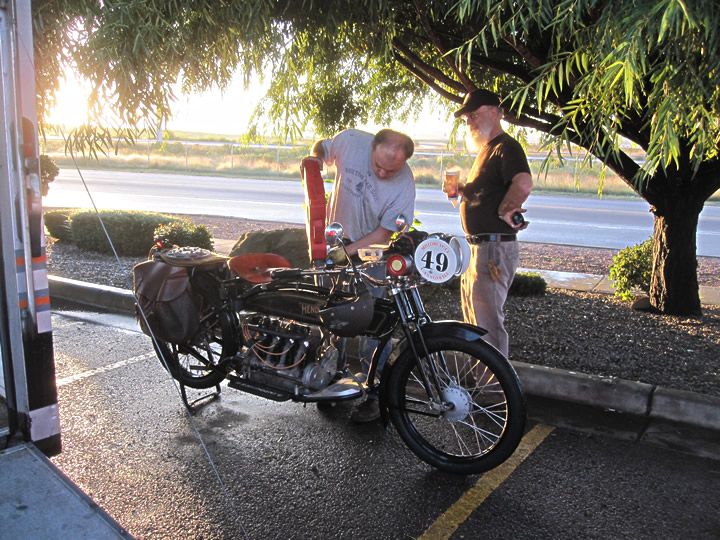 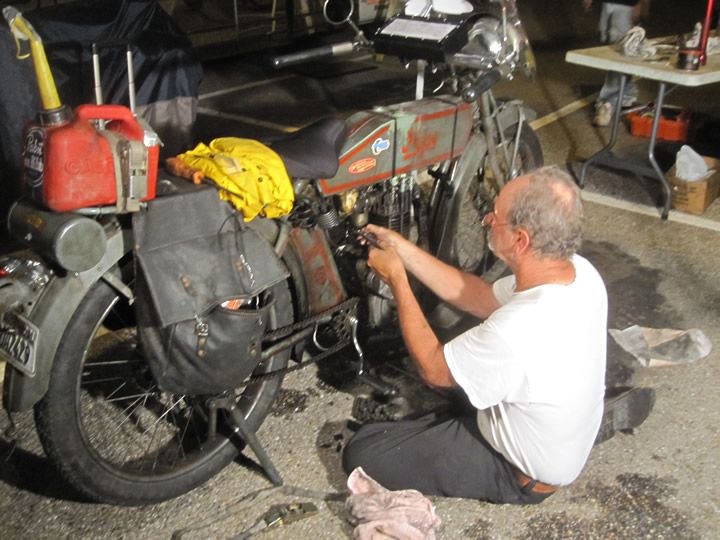 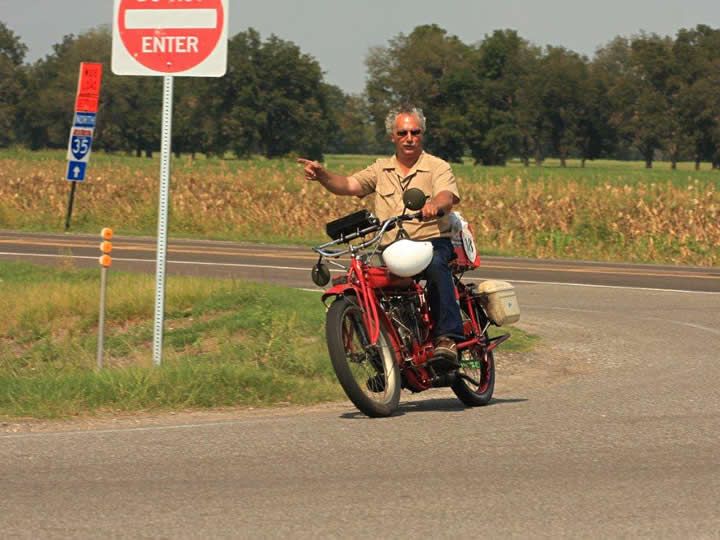 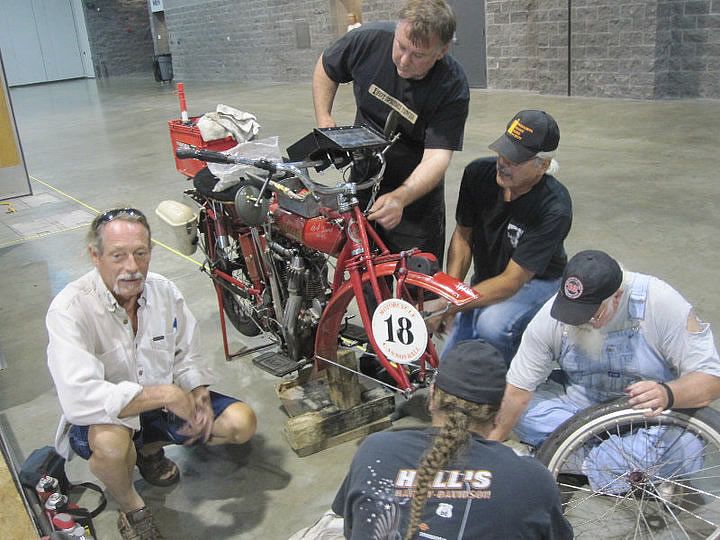 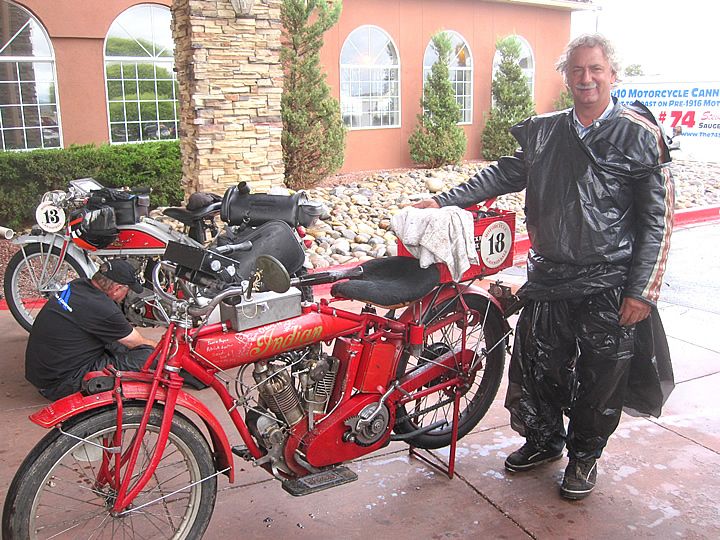 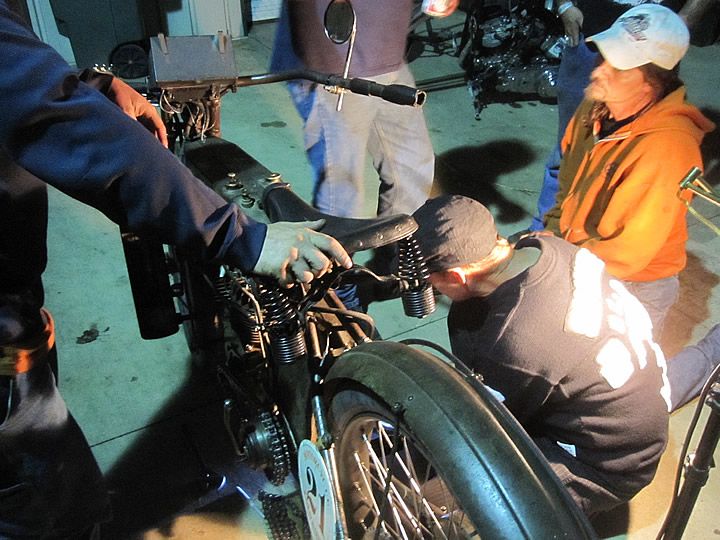 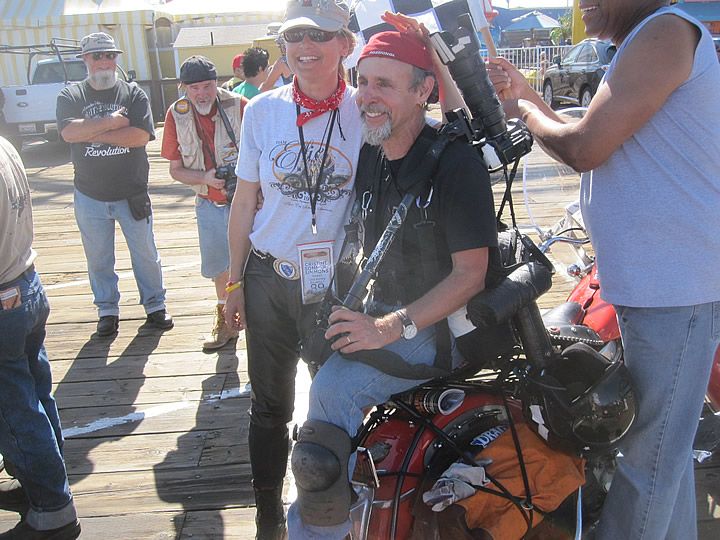 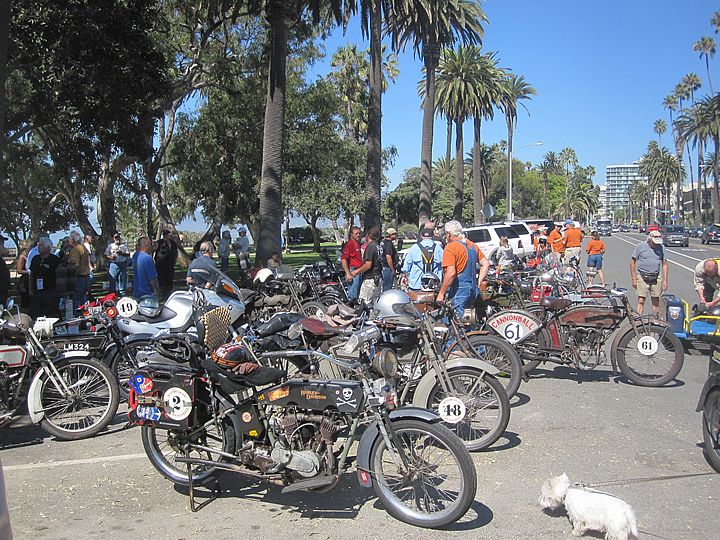